Skip to content Skip to navigation
See our Campus Ready site for the most up to date information about instruction.Campus ReadyCOVID Help
School of Social Sciences, Humanities and Arts: Research
Faculty Research and Scholarship

Fieldwork in Nepal with Dr. Aldenderfer 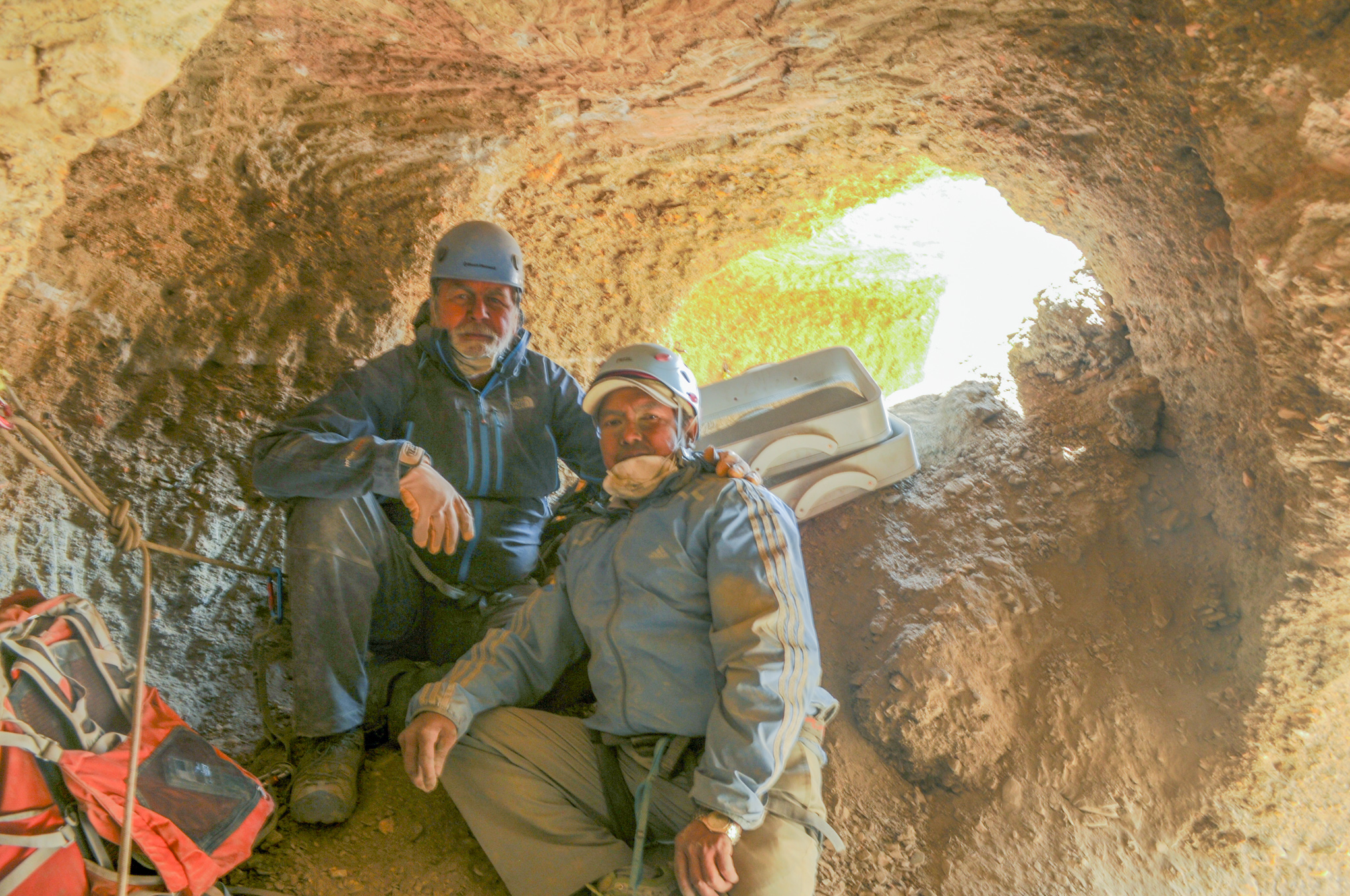 So here I am in a tiny little cave some 50 m above the ground surface with my Nepali friend and colleague Mohan Singh Lama. To get into this cave, I had to rappel into it from about 30 m above. I’m not happy dangling on ropes but my archaeological research in Nepal demands that I do it, so I do. Once in the cave, the real fun begins. But before I describe the fun, let’s talk a little about why we are in the cave in the first place.

Since 2008 my colleagues and I have conducted archaeological research in Upper Mustang, Nepal, which is located just south of the Tibetan plateau in the Himalayas. We have many research goals, but one of the most important is to determine from where and when people entered these mountains. To address this question the best type of data is the ancient DNA extracted from human remains. So burial sites, all of which in this region are found in caves high above the ground, have been the primary focus of our work.

"Since 2008 my colleagues and I have conducted archaeological research in Upper Mustang, Nepal, which is located just south of the Tibetan plateau in the Himalayas"

Back to the cave. We are in one of the burial chambers at Samdzong. The ropes you see to the left are tied around our waist so we don’t accidentally fall out of the cave while working. We use the screen in the background to sift the dirt to recover even the smallest artifacts. The pile of earth beside Mohan came crashing down during an earthquake back in 2010 and filled the chamber—that’s why we wear helmets—just in case in happens again. But there is something very special about this cave. If you look carefully at the roof and walls you can see some thin grooves that have been cut into them. It turns out that the chambers are not natural caves at all but were made by people in the past to house their dead. Now back to the fun—I’ve been playing in the dirt my entire career as an archaeologist. You never know what will be uncovered—it may be hot, dusty, and even a bit dangerous but I can’t think of any kind of research I’d rather do!